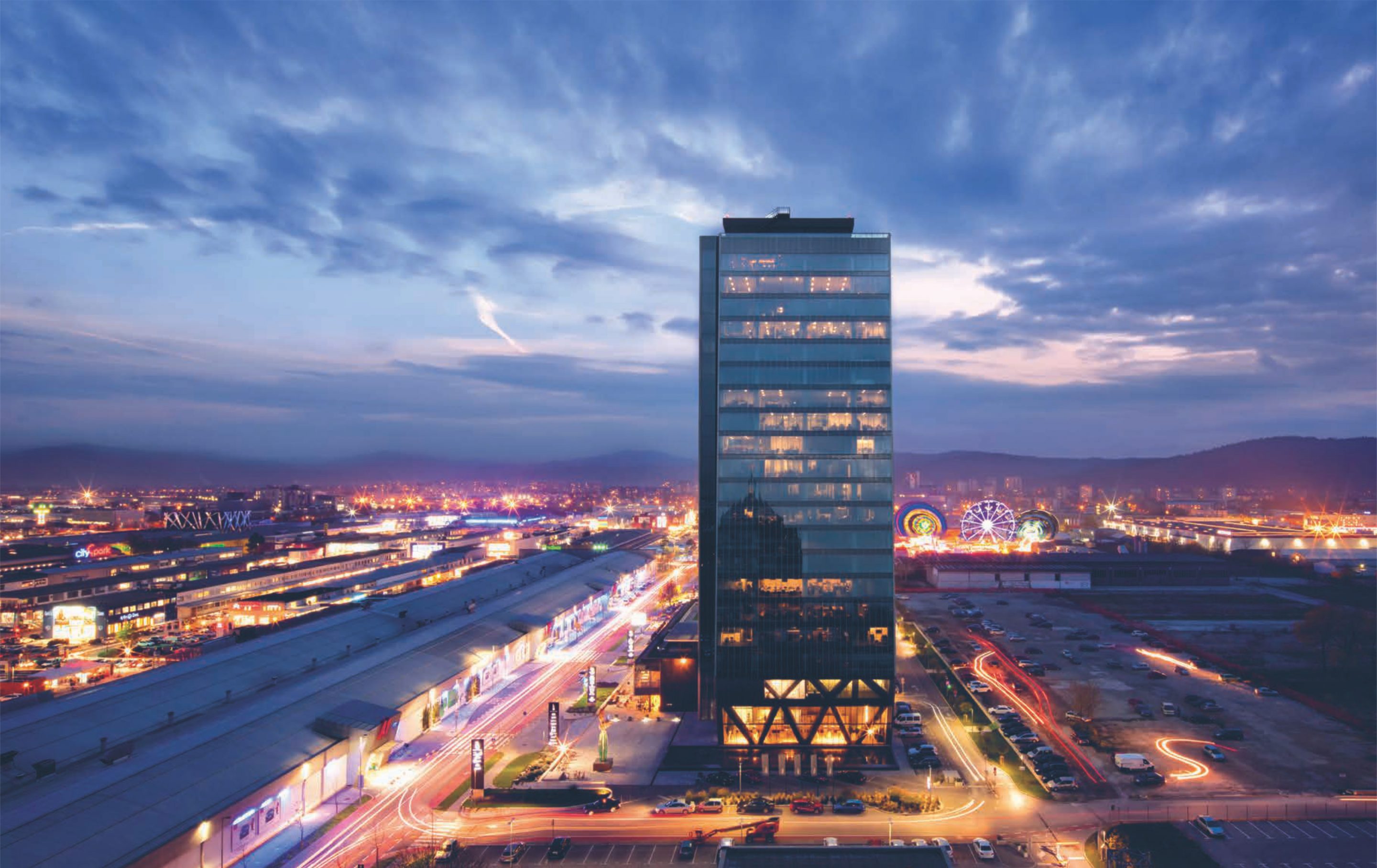 A shopping center on the fringes of Ljubljana, Slovenia resembles those in virtually any European city. But it’s different in one significant way: BTC City, as the development is called, is part of an experiment aimed at changing how we live.

The 117-acre agglomeration of shops, restaurants, office buildings, a movie theater, and waterpark, houses a huge network of sensors and video cameras. The point is for the 18-month old development to serve as a testing ground for emerging technology.

AV Living Lab, the name for the digital ecosystem, has managed 30 tests within the shopping center for companies such as Google and Toyota that are hoping to create cutting-edge technology. But to do so, they must understand how real people go about their daily lives.

Each time visitors use the parking lot, buy a sandwich at a food cart, or hit the gym, an extensive digital monitoring system collects the data and crunches it so that businesses can test and refine their technology.

The broad urban experiment, owned by the Slovenian real estate conglomerate BTC Group, attracts businesses from sectors including energy, retail, and banking. It charges companies money for access to its digital infrastructure and real-time audience.

Even though the AV Living Lab follows the European Union’s stringent privacy regulations, most visitors aren’t aware they’re serving as lab rats for a large-scale experiment. For app-based technology, customers must opt-in before the lab collects personal data. Data on traffic patterns and pedestrian density, for example, is anonymized at the source.

“In the past, research and development may have taken place behind closed doors,” said AV Living Lab chief technology officer Radovan Sernec, “whereas today, it is clear that solutions must be tested in a living environment as soon as possible.”

The idea of a contained digital infrastructure within city limits is not unique to Slovenia. London’s Smart Mobility Living Lab and Barcelona Smart City have incubated transportation and IoT technology for several years.

Of course, some of the projects have prompted backlash as companies extend their influence offline. The Canadian Civil Liberties Association is suing three levels of government over Sidewalk Labs’ plans, arguing that the data could be used to target advertising and influence votes.

When it comes to privacy in smart cities, “there is none,” said Anthony Townsend, a New York-based urban planner. “People are guinea pigs being used to evaluate the market for new technologies.”

The European Union implemented sweeping privacy reforms last year to control how residents’ personal information can be used. Companies are required to obtain permission from users before collecting data, a move that will “make the EU a better place for privacy protection but will raise the cost of testing,” Townsend said.

At Ljubljana’s AV Living Lab, the process is “carefully managed on a case-per-case basis,” said Daniel Avdagič, the project’s chief executive. Getting approval online when users download an app is straightforward. But if a company wants to use CCTV footage, “they would need to stop everyone in the area and ask for permission,” he said, acknowledging that it would take a good deal of manpower to secure permission from every pedestrian in the relevant footage. “It hasn’t happened yet, but that process would be painful, costly, and time-consuming.”

For now, most companies setting up shop at AV Living Lab use mobile apps and sensors to test their technology quickly. The area’s monitored features include 8,500 parking spaces, 22 electric vehicle-charging stations, a free shuttle bus, and stations for car-sharing and bicycle rentals.

Nearly 54,000 people visit the shopping center daily. Each day, about 38,000 cars drive its 6.8 miles of roads and more than a dozen roundabouts, a traffic device crucial to testing autonomous vehicles.

That’s enough to convince one of the world’s largest automakers, Toyota, to conduct a rideshare experiment to put to use some of the 90% of vehicles that remain parked during the work day. The information collected on how workers and shopping center goers use the cars will shed light on how to price rideshares and right-size fleets.

“We have buildings, roads, and people,” said Avdagič. “We have everything a city has.”

The development benefits from its location in Central Europe, too. The four-season climate allows companies to test their technology and observe consumer behavior across a range of challenging weather conditions like fog and snow, which can wreak havoc on sensors’ ability to read infrastructure.

One year into the project, BTC is aggressively recruiting companies worldwide, touting time and cost savings. For example, Avdagič said a basic experiment can start at $25,000 and run for a month. The AV Living Lab is nimble enough to implement pilots within days but large enough to attract 20 million visitors annually along with international tenants including Microsoft and Novo Nordisk.

“We are like a Disneyland for proofs of concept, and engineers love it,” Avdagič said. “They are from multiple industries and companies, so they can learn from each other and partner.”

Meanwhile, the living lab format requires corporations to sacrifice privacy, too. Long used to guarding their proprietary technology, companies must now collaborate to gain a foothold in the “passenger” economy, which Intel projects to be worth $7 trillion by 2050. The term comprises the multitude of mobility services, from rideshare to entertainment, arising from the driverless future.

Several of the region’s test cases are joint ventures. Budapest-based OTP Bank and Liberbank in Madrid partnered to launch the “Pay with a Smile” project. The fintech pilot uses facial recognition for BTC City visitors who want to buy an ice cream at the waterpark or bottled water at the tennis complex but left their wallets behind in the locker room. Users register through an app that links their faces with their bank accounts. A device at the register then scans their faces and transfers funds from their bank to the shop.

Additionally, the Japanese government joined forces with Hitachi on Slovenian soil to find ways to manage energy storage to power electric vehicles and the shopping center itself. The energy collected from the grid is stored in batteries to be installed in the ecosystem.

But some companies continue to work alone. Daimler is developing a product that lets users earn points for visiting the gym and redeem them for ride- and bike-share services. BTC developed its own pilot to redistribute hot air generated from a nearby factory to heat the waterpark.

The results also let companies know when they need to return to the drawing board. Navya, a French autonomous vehicle company, piloted its self-driving cars within BTC City before finding that the technology isn’t ready for real-world conditions. In the meantime, it will use the technology for airport and hotel shuttles.

Automotive supplier Hella is having more success, testing the sound and light signals that best allow autonomous vehicles to broadcast their intent to pedestrians in the crosswalk. Their facial expressions are captured using a camera embedded in the car and analyzed to teach driverless cars how to communicate.

Said Avdagič, “When you put a lot of smart people in a small country, magic happens.”