At least four terrorists have been killed by security forces in an encounter in Daramdora Keegam area of Shopian district in Kashmir. While combing operations are being conducted at present, it seems that the encounter has ended.

The terrorists are believed to be affiliated with Ansar Gazwatul Hind group (AGH) and were identified as Showkat Ahmad, Azad Ahmad Khanday, Suhail Yousuf and Rafee Hassan Mir.

The encounter had broken between terrorists and security forces in the wee hours of Sunday. 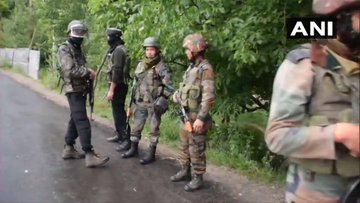 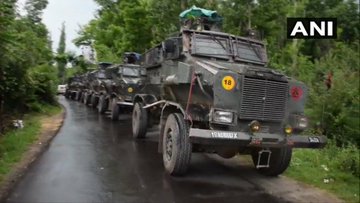 Police said that a cordon and search operation was launched in Daramdora village after the presence of militants was sensed in the area. The security forces had opened fire at the hiding militants. (Photo: Mohd Iqbal)

“The operation was focused on the orchard area. As the security forces tightened the cordon around the hiding militants, they opened fire that triggered an encounter which is currently underway,” police said.