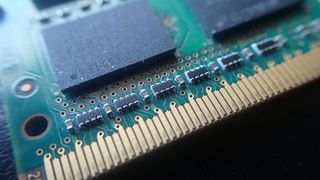 When it comes to storage though, random access memory (RAM) remains the best – in terms of speed – that money can buy, at least until someone comes up with user-installed HBM (high bandwidth memory). Using widely available free, open source software (ImDisk), system memory (or simply computer memory as it is often called) can be converted into usable storage known as a RAM Disk.

What is RAM disk?

What the software does is ring-fencing a block of memory (as defined by the user) which is then used as a virtual hard drive and can be mounted and recognised under Windows. You can (and should) configure them as RAID-0 array and you can spawn and destroy them within minutes.

Couple of points to note though; firstly, use applications that do not usually use memory for caching. Also, bear in mind that RAM disks are not persistent; once your computer is switched off (which is different from sleeping or hibernating), the content of the computer’s memory is erased. But since computers nowadays usually opt for the later two, the content can be stored for longer.

Because of this unique property, memory can be viewed as the ultimate guardian of someone’s privacy as you cannot undelete or recover data that has been wiped. So much so that one vendor touts the privacy benefits of RAMdisk, as a virtual storage device.

One popular VPN provider, ExpressVPN, went as far as running an entire VPN server in memory. The TrustedServer initiative, as it is known, is different from traditional containerization on bare metal servers as there’s no host OS to speak off. The stack integrates the host OS and is loaded every time the server is switched on.

Of course, the reason why you want to use RAM Disk is because it is fast, absurdly fast. Starting with as little as 4GB of memory, you can install frequently accessed applications (check our list of portable software) that will benefit from phenomenally high read and write speeds, which in theory would mean faster load times and far snappier performance.

A SATA SSD will reach about 500MBps in read/write speeds. We created a RAMDisk array on the Eurocom Tornado F7W mobile workstation (it comes with 128GB of RAM) and we hit read/write speeds of up to 8.7/15.8GBps, that’s a speed improvement of up to 30 times! (at least according to CrystalDiskMark).

Could we have gone even further? E.g. by putting multiple RAM Disks in a RAID array? Sadly no. One needs to remember that there is an upper limit to the memory’s bandwidth, plus there is some overhead in RAID-0 processing as it is done in software within the operating system.

As a spokesperson for Softperfect, another popular RAM disk software developer puts it, the best and fastest way is to use a regular RAM disk without Hard Disk Emulation and with an exFAT file system. In our test though, we saw no real difference between exFAT and NTFS.

Unlike most upgrades, a RAM Disk is technically free; you just decide on allocating your computer’s resources differently. Older computers are more likely to benefit from it, especially those with a hard disk drive and plenty of memory like old servers or workstations.

To our knowledge, there’s only one piece of software that will allow you to clone your Windows installation, use it and destroy it after use. And that’s HyperOS 2016 whose tagline is “One Windows is not enough”; intriguingly, it – as well as a number of other vendors like Adata and Gigabyte – used to have a physical RAM disk drive as well, one that had a battery and memory slots.

You could fill that with cheap memory and use it as a traditional hard disk drive. One of the issues you would run into though would be that you would need to plug it into a slot that is bandwidth constrained, negating any performance gains. Then SSD came and changed the game.

So, maybe someone will be able to run Windows entirely in memory for the ultimate performance beater but some hardware issues will have to be ironed out beforehand.

Should you get your own RAM Disk?

Like super cars, RAM Disks suffer from diminishing returns as they will be hampered by other bottlenecks around the system. Yes, they are fast but only as fast as your system will allow them to be and you will need to be very much aware of the limitations of such a storage system.

Not all software will work with it and since your OS will still reside on a slower storage subsystem, the potential for much better performance is lost. Still, with RAM prices almost at an all time low (32GB for $102 at Newegg), now could well be the time for some serious experimentation to fuel your need for speed.