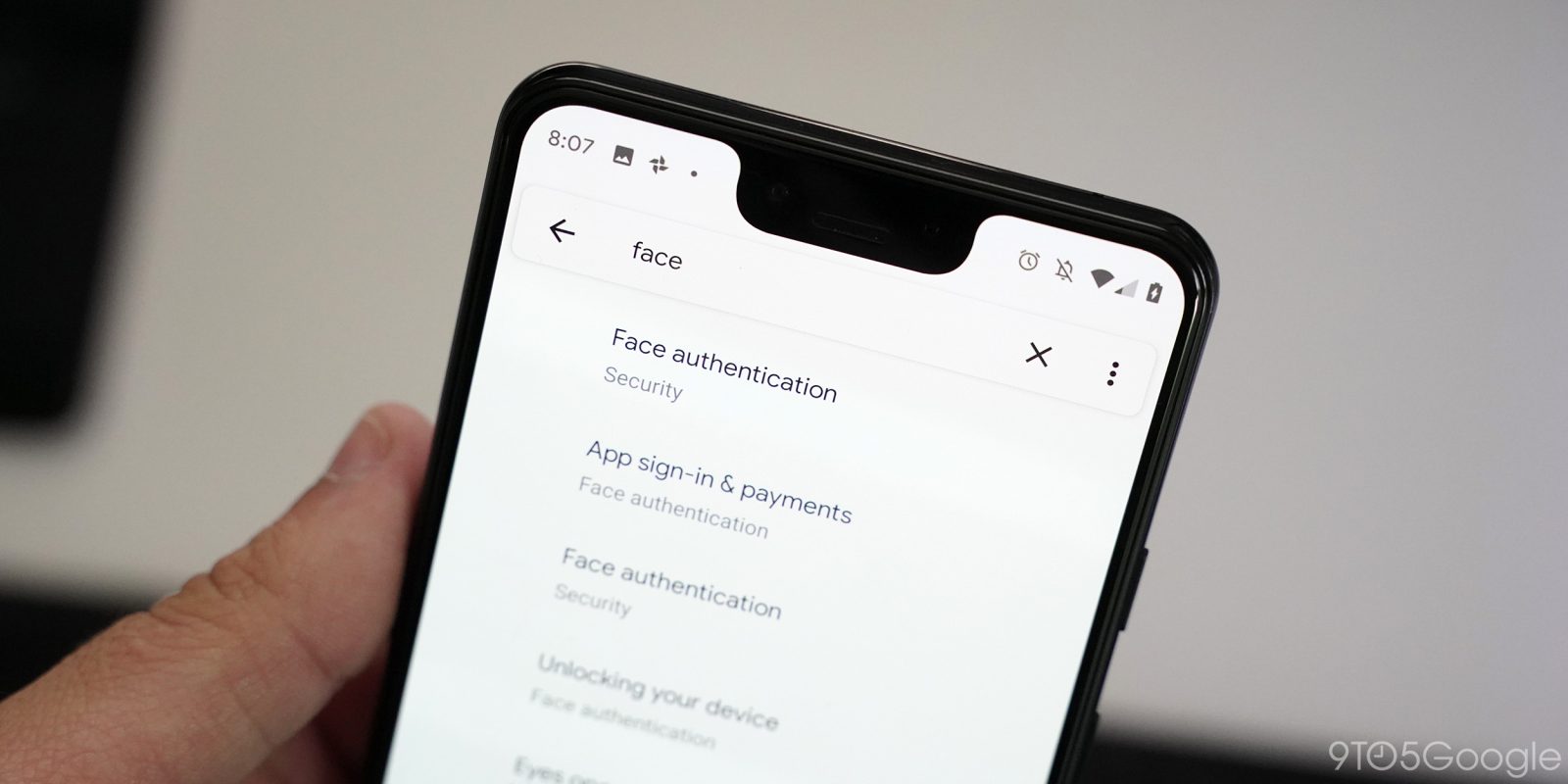 For quite a few months, Google has been working on Face authentication support in Android. While the feature is not live yet, doing a search for “face” revealed some suggestions within the Settings.

With the added support for Face authentication, users will have the option of requiring eyes open to unlock. They will be able to use it to sign-in to applications and use it for payments, as well, according to new strings in the Settings app.

Similarly to fingerprint, according to strings found in the latest Settings app, users will be able to permanently delete face data from their devices.

<string name=”security_settings_face_settings_remove_dialog_details”>Data recorded by face unlock will be permanently and securely deleted. After removal, you will need your PIN, pattern, or password to unlock your phone, sign in to apps, and confirm payments.</string>

Additionally, we found one new icon related to Face authentication.